Edward A Bogdan III is the Managing Partner of Bogdan and Lasky LLC, a leading government relations firm in Albany, NY that he helped form in 2001. He has built his career in government relations by specializing in the state budget process, state tax issues, alcoholic beverage law, first amendment law, energy law, economic development programs and securing state aid to relocate facilities and corporate research facilities to New York. He represents a variety of Fortune 500 corporations, major trade associations, not-for-profits, and pharmaceutical companies.

Mr. Bogdan grew up in Albany, NY. He is a graduate of Choate Rosemary Hall, Harvard College and Albany Law School. He continues to reside in Albany with his wife and two sons.

Prior to forming Bogdan and Lasky LLC he was a Vice President at Bogdan & Faist, a lobbying and law firm he joined in 1994. Immediately upon graduating from law school, Mr. Bogdan worked as a litigation associate for the Albany office of Duker and Barrett, where he worked with the Resolution Trust Corporation regarding liability associated with the S&L bailout. The firm has since merged with Boies, Schiller & Flexner. Mr. Bogdan has also served as a law clerk to both the New York State Assembly Office of the Minority Counsel and the Deputy Secretary Office at the United States Department of Housing and Urban Development in Washington, D.C. 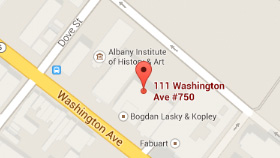